Mr. and Mrs. Roger Ward of Sunbury announce the engagement of their daughter, Whitney Catherine, to Simon Birenbaum, son of Steve and Marsha Birenbaum of St. Louis, MO. Whitney is a 2005 UNC-Chapel Hill graduate with a major in English and Creative Writing. Simon is a 2005 graduate of Rice University in Houston, Texas with a major in Linguistics and Math. Both are graduates of Johns Hopkins University in Baltimore, MD where they received their Masters in Teaching degree in 2007. Whitney and Simon met in 2005 as new teachers with the Teach for America Program in Los Angeles, CA. Whitney is currently a Teacher Leader in the middle school at Midtown Academy and Simon is an Vice- Principal at Benjamin Franklin High School. Both schools are a part of the Baltimore City Public School System. A September wedding is planned at the American Visionary Arts Museum in Baltimore. The couple will make their home in Baltimore. 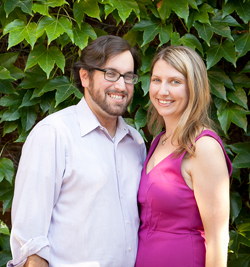