MURFREESBORO – Police here are still searching for a suspect on the run after an April 17 shooting which injured one person.

Murfreesboro Police Chief David Griffith stated the incident occurred on Vance Street after two people got into some sort of altercation. The suspect then shot the victim in the stomach. 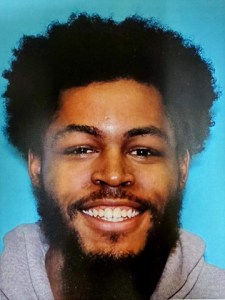 The victim was airlifted to Greenville and later recovered, Griffith reported.

The suspect was identified as Tresion Bowser, 25, of Ahoskie. The warrant for his arrest charges him with Assault with a Deadly Weapon with Intent to Kill or Inflict Serious Injury, which is a felony.

“He’s considered armed and dangerous,” Griffith said, also noting that Bowser is wanted for serious crimes in other states as well, including New York.

Griffith thanked MPD Captain Dilday for his hard work on the investigation.

If citizens have information about the suspect’s whereabouts, contact the Murfreesboro Police Department at 252-398-4151.

JACKSON – One week after initiating their search for a suspect wanted for attempted murder, the Northampton County Sheriff’s Office... read more