AHOSKIE – On June 29, Dave Holloman and Steve Hodges left Enviva’s Ahoskie wood pellet production plant in North Carolina for the last time. After more than nine years working, growing and expanding Enviva’s first built wood pellet production plant in the United States, Holloman and Hodges will be overseeing and operating a new chapter of their lives. 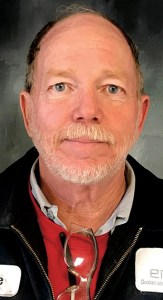 In December 2010, Enviva – what is now the world’s largest producer of industrial wood pellets – announced they would be opening a facility in Ahoskie. Built on the site of a former Georgia Pacific Sawmill, Enviva began manufacturing sustainable wood pellets in November 2011. Since then, the Enviva Ahoskie Plant has led the way in pellet manufacturing and now produces approximately 415,000 metric tons of wood pellets per year.

Much of the plant’s early and consistent success was spearheaded by the dedicated and talented tradesmen hired to open and operate the plant. As two of Enviva’s first hires, both Holloman and Hodges began their career at Enviva in October 2011, only days apart from one another.

Holloman started as a loader operator and learned to take on additional roles as a lab tech, Truck Load Out Operator, and Pellet Mill Operator. He would later be promoted to Control Room Operator and attributes his tenured success to his diverse professional background and being “hands on” in every position held at Enviva. 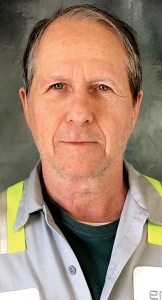 Prior to joining the Enviva Ahoskie team, Holloman was a chemical operator at Dynea in Moncure, NC.

Hodges started as a Pellet Operator at Enviva, where he quickly rose through the ranks to become Shift Supervisor. As the most senior supervisor at the Ahoskie Plant, Hodges attributes his success to a culture of operational discipline and excellence at the plant level.

Before joining Enviva, Hodges worked as a supervisor at Union Camp, a particle board plant in Franklin, VA.

Both Hodges and Holloman chose to dedicate almost a decade of their careers to the “early days” of Enviva and played an important role in growing and shaping the company to where it stands today. Their inaugural leadership on the ground enabled Enviva to later establish eight wood pellet production plants and four deep-water terminals across the U.S. Southeast, now operating at a combined production capacity of over 3.5 million metric tons of sustainably sourced wood pellets per year.

As for the next chapter of their lives, Holloman plans to visit friends, ride his motorcycle, partake in some home improvement projects and travel. As for Hodges, he’s looking forward to completing some work on his house, going fishing and hunting often, as well as spending some much needed time with his grandchildren.

AHOSKIE – RC Twin Rivers put their rally caps on here Thursday night, bouncing back from a 5-4 deficit by... read more