CAPE CARTERET, NC – Walter Jay Brown, III, 79, went to be with his Heavenly Father on Thursday, August 20, 2020, from his home at Cambridge Village in Apex, where his family was by his side, after a long and courageous battle with Parkinson’s disease.

Born on April 5, 1941 in Hertford County, he was the son of the late Walter Jay Brown, Jr. and Ellen Howard Brown. Raised in Murfreesboro, Walter’s childhood was surrounded by family as his uncle and aunt lived across the street, allowing for him to become very close to his cousins growing up. He attended boarding school at Westtown in Pennsylvania, after which he spent his college years attending Guilford College in Greensboro, where he earned a Bachelor’s Degree in Chemistry. After graduation, he followed many careers, initially starting off in the dental equipment sales business, later as part owner of FRAM fiberglass company, and lastly as the owner and operator of casket manufacturing businesses, Terra Sales in Conway, and Woodland Manufacturing in Woodland. 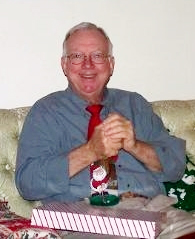 Walter met his wife, Janice Harrell, of Gates County, on a blind date with her brother and his wife and were later married on December 7, 1973 in a small private ceremony in Cape Carteret. There they spent their early married years by the water, which as many would tell you made them both happy. In 2005, Walter and Janice retired to Cape Carteret to return to the area where they married, and to be back by the water.

Miller Funeral Home, 304 Main Street, Gatesville, is handling arrangements, and online condolences may be made by visiting www.millerfhc.com.