Japree Lortez Brooks, 36, was sentenced to five years in prison for being a felon in possession of a firearm. 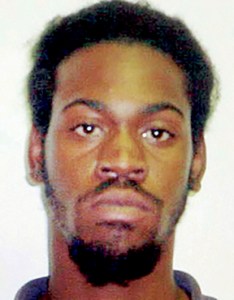 The charges in the U.S. Department of Justice’s Eastern District of Virginia stemmed from evidence that Brooks fled to Hampton Roads area following a Jan. 14, 2018 shooting outside a privately owned clubhouse in Gates County that killed one person and injured another.

At the time of his arrest in Virginia, Brooks was found in possession of a handgun that he had traded for the murder weapon. As a previously convicted felon, Brooks was prohibited from possessing a firearm.

According to court documents, Brooks is scheduled to stand trial on Sept. 28 in Gates County Superior Court on the charges of murder and assault with a deadly weapon with intent to kill inflicting serious injury. That court case has been continued on nine previous occasions.

Brooks is accused of fatally shooting 30 year-old Julius Lorenzo Fennell, Jr. of Ahoskie. He is also charged with attempted murder as a second victim was shot at the same clubhouse on the same date.

The shootings occurred at around 2 a.m. on Jan. 14, 2018 at a building owned at that time by Nexx 2 Nunn, a local non-profit club, located at the intersection of US 13 and Gatlington Road. The club had rented the building on that date to a group for a birthday party.

Fennell died of a gunshot wound later on Jan. 14 after being transported to Vidant Medical Center in Greenville. He was reportedly taken by private vehicle to Vidant Roanoke-Chowan Hospital in Ahoskie before being transferred to Greenville.

The second victim, Dontrell Dukes of Hertford County, was shot in the leg. He was treated and released from Vidant Roanoke-Chowan Hospital.

Brooks is not a stranger to local law enforcement. He was among six individuals charged in a crime spree from late 2010 until early 2011 that involved at least 20 burglaries and five cases of arson. Charges from that crime spree – which involved the theft of shotguns, rifles, pistols, TV’s, computers, cell phones, DVD/CD players, jewelry, rods-and-reels, fishing tackle boxes, printers, cell phones, an ATV (All Terrain Vehicle) and silver coins and bars – were lodged by the Sheriff’s Offices in Hertford, Bertie and Northampton counties as well as Southampton County, VA.

The charges included arson, including one case in Bertie County where the historic Harrington Clubhouse near Lewiston-Woodville was purposely torched after a break-in; and a residence near Boykins, VA in Southampton County.

AHOSKIE – A local nurse faces multiple charges in a criminal case where she is alleged to have written fraudulent... read more