Born March 16, 1939, in Murfreesboro, North Carolina, he was the son of the late Herbert and Sallie Futrell. 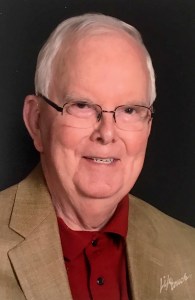 David graduated from Chowan College in 1959 with a degree in Civil Technology. After marrying the love of his life, he lived many years in Hickory, N.C. He was involved with the Breakfast Optimist Club where he served the community and met many life long friends. He followed his passion of photography with the Catawba Valley Camera Club, loved being active at the Hickory Spa, and was a member of Viewmont Baptist Church. David loved his business at Hickory’s Finest Custom Framing and had the perfect personality and talent to serve his customers in a kind and caring way.

David loved to travel and was an avid photographer, capturing scenes in North Carolina from the mountains to the sea. You have probably viewed his photographs in many businesses in the area. Family was the most important thing to David and his wife, children, grandchildren, siblings, nieces and nephews were the apples of his eye. He conducted extensive genealogical research on his family and enjoyed sharing his findings with everyone.

Survivors include his wife of 57 years, Brenda Futrell of Hickory; two daughters, Tracy Lumpkins and husband Tim of Oxford, and Kathy Mazurek and husband Jason of Charlotte; one sister, Caroleen Woodard of Murfreesboro; two brothers, Winborne Futrell and wife Shirley, and Greer Futrell and wife Sheriel; three grandchildren, Seth Lumpkins and wife Mallory of Oxford, AbbyKate Lumpkins of Oxford, and Logan Mazurek of Charlotte; one great-granddaughter, Mary Owen Lumpkins of Oxford; and a number of special nieces and nephews.

His brother-in-law, Charles Ray Woodard of Murfreesboro, preceded him in death.

Arrangements and celebration of life will be announced at a later date. Donations may be made to the Muscular Dystrophy Association (http://www.mda.org) and the Boys and Girls Homes of North Carolina (www.boysandgirlshomes.org), both causes of which David greatly supported.

Bass-Smith Funeral Home in Hickory is serving the family and on-line condolences may be sent to www.bass-smithfuneralhome.com.