WINDSOR – The charges keep growing against a Woodland man for his alleged involvement in a rash of residential break-ins that occurred over the past two months in several jurisdictions.

The Bertie County Sheriff’s Office is the latest law enforcement agency to file arrest warrants on 21-year-old Jalik Lassiter. He was served those warrants while still in the Hertford County Jail where he’s been incarcerated since March 9 for a residential break-in near Tri-County Airport. 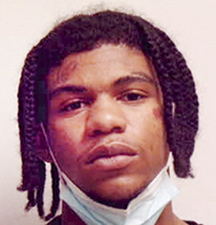 According to Bertie Sheriff’s Major Matt Roebuck, Lassiter and Shykwan Hawkins, age 21 also of Woodland, are the alleged suspects in at least two break-ins and larceny of items from homes on Early Station Road (on Feb. 9) and Hexlena Road (on March 1).

He was held under a $50,000 secured bond on the Bertie charges and was scheduled to make a court appearance on April 14.

Hawkins, who remains at large, is wanted by the Bertie Sheriff’s Office for the same charges except for possession of a firearm by a felon. Roebuck added that Hawkins is also wanted on an outstanding warrant for narcotics charges in Northampton County by the Down East Drug Task Force. 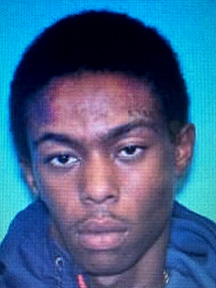 Roebuck stated that the items stolen from the Feb. 9 and March 1 break-ins have been recovered.

On March 18, warrants were obtained and served on Lassiter in reference to a break-in that occurred in Woodland on Feb. 7. There, according to Woodland Police Chief Eddie Hoggard, the homeowner reported several items were found to be missing, to include a firearm, a television, and a safe containing personal information and some valuables.

“The homeowner was able to show a video from a Simplisafe [security] camera that was able to capture the face of one of the subjects whom was later identified as Jalik Lassiter,” Hoggard said.

Later on March 9, Lassiter ran into a wooded area near Tri-County Airport after breaking into a residence along NC 561. There he was found by Hertford County Sheriff’s deputies, with assistance from the Ahoskie Police Department, and charged with possession of firearm by a felon, injury to personal property, injury to real property, felony conspiracy to commit breaking and entering, felony breaking and entering, felony larceny, and felony safe cracking.

For those three crimes, Lassiter was jailed under a combined bond of $165,500.

Also arrested and charged by Northampton and Hertford County deputies for the March 12 and March 9 break-ins was 19-year-old Amonzia Spivey of Windsor.

KELFORD – A murder investigation is underway here after a local man was discovered shot to death and lying in... read more