GARYSBURG – After months of searching, a Roanoke Rapids man was arrested and charged with numerous counts of larceny of motor vehicle parts.

Jacob Davis, age 32, stands charged with thefts of catalytic converters in Northampton and Halifax counties. He also has charges in Greensville County, VA that include a fugitive warrant for felony grand larceny of motor vehicle parts. 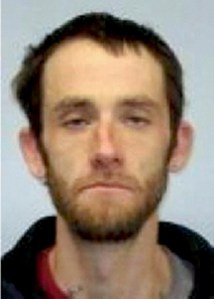 The Southampton County, VA Sheriff’s Office has also been searching for Davis over the past few months for catalytic converter thefts.

Davis was arrested on Sept. 22 by the Northampton County Sheriff’s Office and Gaston Police Department at the Super 8 Motel located near Garysburg.

Charges served out of Halifax County included order for arrest for 2nd degree trespass and misdemeanor larceny, and 12 counts of orders for arrest indictments for larceny of motor vehicle parts.

Davis was jailed under a $199,250 bond. He was held under no bond for the Virginia charges, pending extradition.

Northampton County Sheriff Jack Smith commended Deputy G. Reed, Chief C. Dixon with Gaston Police Dept., and Capt. C. Parker for their dedication and long hours of surveillance to apprehend this subject. He also thanked the investigators, narcotics unit, and the patrol division with Northampton County Sheriff’s Office who worked tirelessly to investigate cases and work together to apprehend Davis.

RALEIGH — The continued fight against COVID-19 continues to make headlines across our state…some good, some bad. While the bad... read more