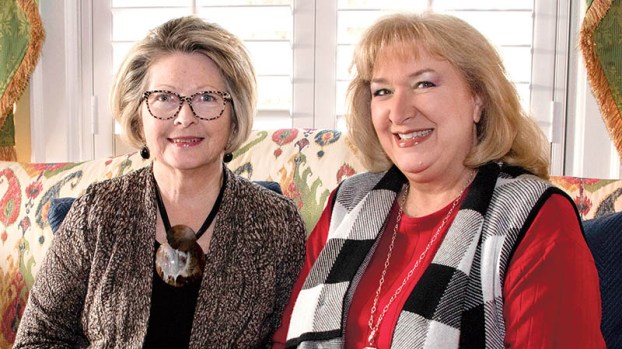 Twyla Duke (right) takes on the role of Administrative Assistant to the Vice President for Development as Liz Brown (left) retires at the end of December. | Contributed Photo

MURFREESBORO – After a decade of faithful service at Chowan University, Liz Brown will retire as Administrative Assistant to the Vice President of Development at the end of December. Brown will be succeeded by Twyla Duke, who has served the University in many capacities for over 20 years.

Brown’s career at Chowan University has spanned a dual role, both in the Development Office and as Campus Decorator. Though Brown will no doubt be missed, the Murfreesboro native plans to continue her involvement in and support of the University.

“It has been a privilege to work alongside Liz over the past decade,” said Vice President for Development John M. Tayloe. “Dedication, loyalty, respect are all adjectives used to describe her service to Chowan. In many ways, she has had a front-row seat in the renaissance of our great University. Every visitor to campus will clearly see her work on full display. As campus decorator, she more than anyone else has left a mark for years to come.”

Duke joins the Development Office as Administrative Assistant to the Vice President and retains her responsibilities as Curator of the Wayland L. Jenkins Fine Arts Center.

A two-time Chowan University graduate, Duke earned the associate degree in commercial art before completing a Bachelor of Science degree in studio art. Duke has filled a number of different administrative roles over her twenty plus years with the University, most recently as Student Loans Collections Coordinator for the Federal Perkins Loan Program.

Duke is a Conway native who, like Brown, is actively involved in service to the community and her church. Both women are also extremely creative and artistically gifted. In addition, both embody the same calm demeanor and friendly warmth. Duke is already well-known as the smiling face welcoming everyone who passes through the front door of McDowell Columns Hall. She looks forward to extending that welcome in a new way as she interacts with donors and alumni through the Development Office.

AHOSKIE – The residents of Accordius Health at Creekside have been enjoying the holiday season ever since the Friday after... read more