Arrest made in 2016 home invasion

WINDSOR – One arrest has been made and others are pending in a 2016 home invasion case that left a Powellsville woman severely injured.

Bertie Sheriff John Holley stated that on March 2 his Investigations Division obtained arrest warrants on Travis Donte Smallwood, 30, of Ahoskie for numerous crimes he allegedly committed Nov. 3, 2016 at a home on Rockpile Road near Powellsville. 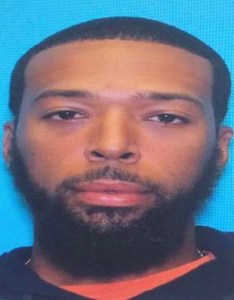 The warrants were served in Hertford County where Smallwood is being held under a $1 million bond pending his first appearance in court. He has been jailed in Hertford County since late last year following his arrest for a Feb. 17, 2019 home invasion where he and an accomplice assaulted and robbed an elderly couple on Early Station Road.

According to a story published in the Roanoke-Chowan News-Herald on Nov. 5, 2016, Bertie deputies responded to a residence on Rockpile Road after a report of a woman found there bound, gagged, and beaten severely about her head and face.

However, something, or someone, distracted the robber or robbers and in their attempt to flee, the safe dislodged from the vehicle and rolled into a nearby ditch.

Shortly thereafter, the victim’s husband returned home after going to the home of his sister-in-law – who lived a short distance away on Rockpile Road – where firemen had responded to a barn fire. Upon his return, along with several of the volunteer firemen, they spied the gun safe in the ditch. One of the firemen said he heard cries for help coming from the home and when the men entered the house they found the victim covered in blood, and tied to a push-cart with her hands bound by zip-ties. She had worked herself free from a strip of duct tape covering her mouth well enough to cry out for help.

Bertie County EMS transported the woman to Vidant Roanoke-Chowan Hospital in Ahoskie where she was treated for her injuries.

JACKSON – A group of Northampton County citizens are asking its Board of Commissioners to consider changing the current method... read more